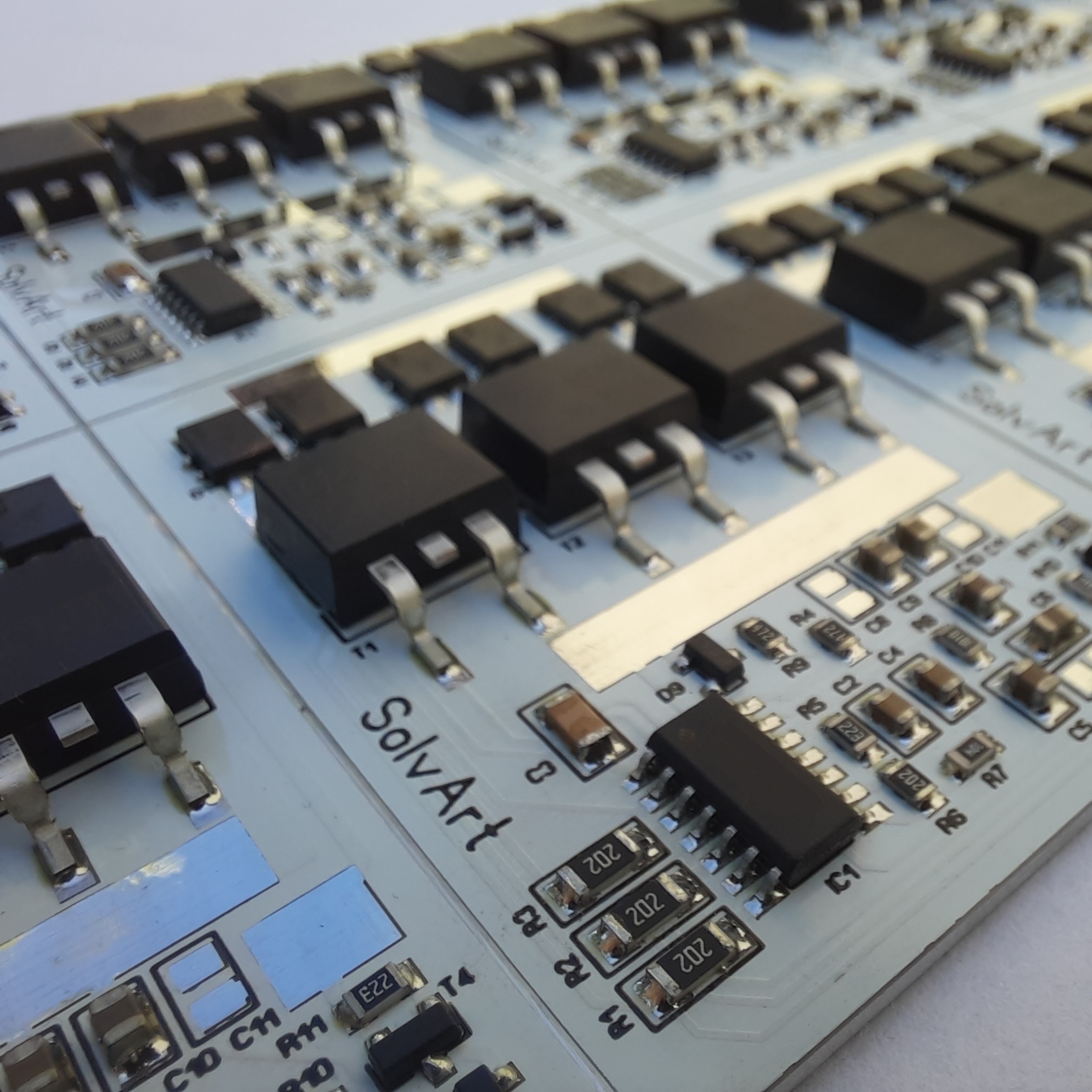 Our three-phase regulator rectifiers are also available with IC control technology. This further reduces the loss produced in the voltage regulator (i.e. the rectifier emits less heat) by special control of the MOSFET transistors.

The control-regulator part of the regulator rectifier not only looks at the immediate battery voltage, but also samples the phase inputs. In the regulation cycle all three MOSFETs are turned on, then the current is "shunted" to the generator. In this case, the loss is negligibly low - thanks to the extremely low channel resistance of MOSFETs.

In the rectification cycle, losses occur under normal conditions, since (at the moment) the current passing through the negative diode of one phase and the positive diode of another phase produces dissipation (heat) proportional to the voltage drop. From the voltage pattern of the generator, the IC controller "knows" which negative diode (which is also the body diode of the MOSFET) would be under current, but only turns on the "actual" MOSFET, only for the duration of the conduction.

This is called active (or synchronous) rectification. In our case, it is actually only "semi-synchronous", because in the super IC regulator we have made, we eliminate only the loss produced by the negative diodes. The positive diodes are Schottky type, with a voltage drop of only 0,4-0,5 V (compared to the 1V of classical diodes).

With this switching technique, we "eliminated" more than 2/3 part of the original loss, which results a much lower heatsink temperature.

There are already 400-500W generators. If a significant part of the generated energy is used, the synchronous rectification will handle this with an acceptably low temperature heatsink. And the trend is towards the use of ever-larger consumers and ever-higher performance permanent magnet generators.